Urbanization is a big and growing mega trend on a global scale. By 2025, the majority of world's population will be living in big cities. The growth of mega cities is triggered by many factors and has many consequences. One of the most significant aspect is the environmental impact and sustainability of urban living, which is also a complex topic that can be addressed from many different angles.

It is estimated that cities produce almost 80% of the world’s carbon dioxide emissions and account for 75% of energy consumption. Therefore, they play a crucial role in global attempts to slow down the climate change and reduce greenhouse gas emissions. Megapolis 2025 conference that was recently held at Helsinki provided many interesting insights on this topic. One of the key messages from the conference was positive: urbanisation is a also hopeful process, as cities are places of innovation. 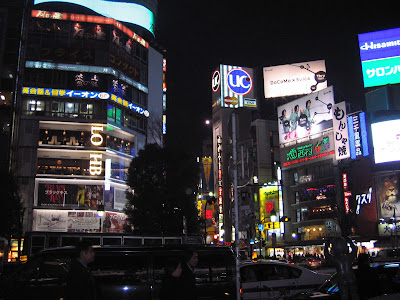 Shibuya, Tokyo
Big cities have traditionally worked as platforms for new ideas and innovations. The diversity of people, capabilities and expertise combined with the amount of possibilities available have created numerous breakthrough ideas during the history of urban living. In the world where growth is the key word describing the future of megacities, we can also see the positive potential of this growth: the growth and increase of possibilities, ideas, and solutions for a greener urban lifestyle.

An interesting project related to this topic was recently conducted by Institute for the Future: The Future of Cities, Information, and Inclusion. The project provides a ten-year forecast map which charts the important intersections between urbanization and digitalization that will shape this global urban experiment, and the key tensions that will arise.

Food production is one issue that has recently being discussed a lot in the context of urbanization. There are urban farming experiments going on in many big cities, e.g. in London and also in Helsinki. Urban agriculture is a sustainable practice as the food is produced locally and made easily available for urban consumers. The roof-tops, window boxes, balconies and allotments provide lots of opportunities for urban farming experiments, especially in a cities with optimal climate conditions. There are lots of business opportunities to provide solutions for urban cultivation projects: Zengrow tabletop garden, a Finnish innovation, is a good example of responding to this growing consumer demand. 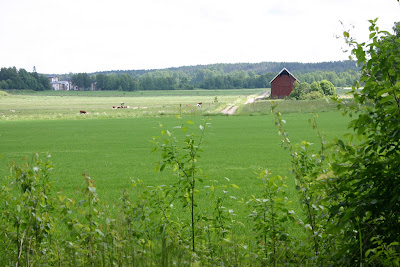 Viikki, Helsinki, Finland
The demographic structure of the population living in big cities is one important topic that needs to be taken into account in discussions about making urban life more sustainable. In many urban cities there has been a tendency that families with small kids move to suburban areas, away from the city centers. However, during the past years a modest counter trend for this has been recognized. Geographer Johanna Lilius has researched urban living from the viewpoint of families with small children. In her Master's thesis she looked at the recent development in Stockholm and Helsinki and found out that more and more families are now choosing to live in the city center with small children instead of moving to suburbs. Main drivers for this decision are practical:  access to public transportation and closeness of services. However, also the social aspect plays a very critical role. The social life of the neighbourhood, tolerant atmosphere, diversity and also the safety and aesthetics aspects are often mentioned. However, parents are often concerned about traffic safety.

One of the most interesting presentations at Megapolis was held by researcher Marketta Kyttä from Aalto University. She has studied child-friendly environments and found that in the 1950s, children had more possibilities and freedom to explore the city life. Today, the fears of adults tend to limit childrens' independent mobility in the urban environment. Kyttä has created a model for evaluating the child-friendliness of different living environments. According to that model, the best possible environment has both high degree of independent mobility as well as high degree of affordances. Another key message from the presentation was that families have different preferences regarding their living environments. According to recent research by Kyttä and other researchers from the Aalto University School of Science and Technology,  people living in urban environment also are more satisfied to their living conditions than previous studies have shown. 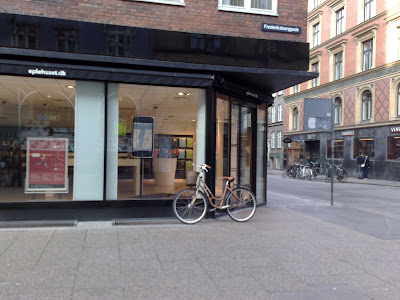 Copenhagen, Denmark
There is an increasing amount of people - also families with small children - who see the benefits and opportunities of urban living and prefer urban environment to the traditional family living areas such as suburbs and small towns. This growing trend provides a lot of opportunities for urban planning to make cities greener.

The more people will be living in cities, the more small space living solutions are required. LifeEdited is
a crowdsourcing design contest that aims to design an actual apartment that the TreeHugger founder Graham Hill will inhabit. Hill is trying to live happily with less space, less stuff and less waste on less money, but with more design. He claimed that 80% of the average footprint is related to the buildings we live in.While the goal is to reduce the footprint in every possible way, a greener, more efficient apartment can help cut down in significant ways.

In Finland, there is a similar project going on as well. Minimikoti is a joint project between Tampere University of Technology's School of Architecture and the Finnish Housing Fair. The main objective of the project was to explore and develop new small-space forms of housing, and the end-result is eight interesting minimum house concepts created by architecture students.

There is no doubt that when moving towards sustainable cities and greener urban living, the current living standards regarding housing need to be re-evaluated. More and more consumers are already choosing voluntary simplicity and small space living options, and the societal structures and urban planning should support there choices by making urban environments affordable, comfortable and appealing places to live for people in different life stages and needs. The same applies to the public transport and bicycle infrastructure - a sustainable long-term plan is to invest in creating an infrastructure that supports low-carbon ways of transport.
Posted by Heidi No comments:

The world has changed, is and will be changing even faster. During the past five years, the explosion of social media has (in addition to many other big shifts in societal, political and economical level) radically changed the landscape and business environment for many consumer companies and organizations.

As a result of these recent big shifts and even transformations in the business environment, the majority of consumer companies have been forced to re-think their strategies and attitudes regarding consumers. In today's marketplace, it is not enough to develop attractive products and try to sell them to a specific target group of consumers. In order to be successful, companies need to understand the big picture and keep that in mind in each part of their processes: from ideas and product development to the marketing and building relationships with consumers. 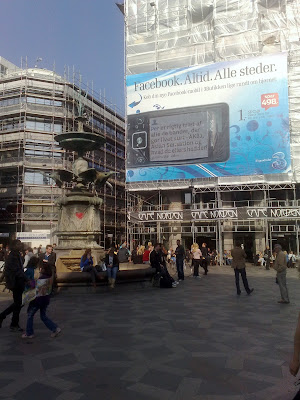 Many companies today understand the crucial need to know their consumers. Ideally, the product or service development should be triggered by consumers, and the intention should be about creating and providing solutions to their particular needs or demands. However, it is still quite common to see companies developing products and starting to think about the target consumer afterwards. If the target group is not defined clearly enough, then it is also more challenging to plan and create successful marketing strategies that appeal to that particular group of target consumers.

Understanding consumers starts from a very grassroots level. If you are developing products or services for consumer market, it should be your "second nature" to want to learn and get to know your business and the target group. Ideally, you should have a passion for the business you are working in, so that understanding what's going on would be natural part of your everyday life. The consumer understanding is all about getting to know them (even better than anyone else) - their needs, desires, dreams, behaviors, routines, patterns and everyday life. Observing them, discussing with them, building relationships and doing any other forms of extensive ethnographic consumer research are keys to that. But the most crucial thing is to understand that consumers are constantly in transformation. If you have once learned to know them, you cannot rely on that information tomorrow any more. The world is changing and so are your consumers. In addition to current state, there is an increasing need to understand the futures as well.


Today's success cannot help us tomorrow. In order to succeed, consumer companies and organizations need to prepare for tomorrow before it is too late. In the beginning I mentioned the explosion of social media into all areas of everyday life. It has been perhaps the biggest revolution in the consumer marketplace during the recent years. The relationships between brands and consumers are now incredibly personal and unique thanks to the FB fan pages, blogs etc. where consumers and brands can interact and learn from each other. However, as the “Like” culture, recommendations, peer pressure and word of mouth are spreading incredibly fast, also the rise and fall of brands is now faster and more transparent than ever before. That is the reason why futures understanding is becoming even more critical: you have to understand where the world is going, where are your consumers going, and what will your role be in that process.
With these words I would like to welcome you to read this blog. I will be posting on societal change, mainly particularly related to my specific areas of interests: emerging technology usage, sustainable lifestyles and cities, urban living, ethical business and marketing, sometimes also family living related articles. I would appreciate dialogue with you readers - thanks for your time for leaving your comment!
Posted by Heidi No comments: