A recent "The Social Break-Up" study conducted by Cotweet and ExactTarget aimed to find out reasons for people disliking and disconnecting with brands on social media. The conclusion was that 90 percent of consumers have “broken up” with at least one brand on Facebook, email or Twitter because of irrelevant, too frequent or boring marketing messages. Personal wall becoming too crowded with marketing messages, lack of real value in company's posts and repetitiveness of the content were amongst the main reasons for disconnecting with a brand. Also, according to the study, almost a third (26 percent) of users liking a brand on Facebook have liked it just in order to take advantage of promotions offered for FB fans only, disconnecting after the promotion has ended.

In addition to these rational reasons, the desire and motivation to connect and disconnect, to like and dislike can be understood through the concepts of social currency and virtual identity. A digital analyst, sociologist, and futurist Brian Solis has been talking about the importance of social currency, which is represented by the social objects that we exchange in the social media: what we share, what we say, the smallest of actions from "likes" to Retweets to the simplest of updates form a digital representation of what we are. According to Solis, everything we do and say in social networks equates to "social capital" and the time has come to be mindful of the value we create in networks such as Facebook, Twitter, for ourselves. 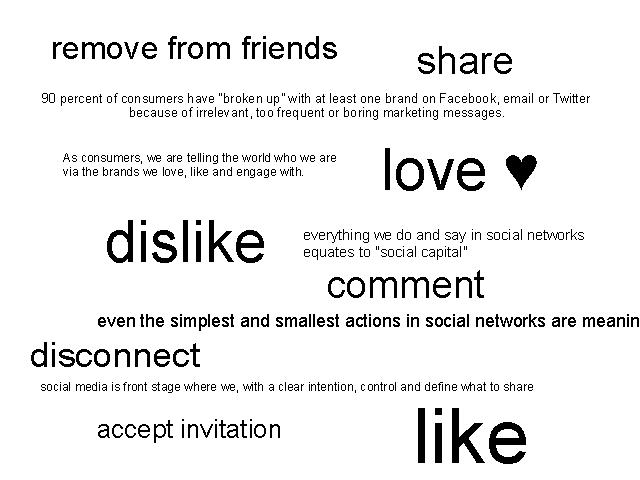 The concept of "virtual identity" is today a very different one than it was at the dawn of the Internet boom in late 1990s. In our times, the notion of virtual identity is primarily not associated with something unrealistic or imaginary any more, neither it is seen as a tool just to "escape from reality" with imaginative avatars or nicknames. Although this is still definitely one significant definition of virtual identity, the concept of virtual identity has expanded and came closer to the mundane - closer to our everyday life and who we really are in real life. As Chris Heathcote mentioned in his presentation at Lift11 about invisible communities, people have multiple digital identities and do not necessarily want those identities tied together. The identity we represent to the world via Facebook and LinkedIn, for example, is not imaginary of fictional - it is a manifestation of ourselves, an extension or perhaps even an enhanced version of our true self.  Iin terms of Goffman's "presentation of self in everyday life" theory, social media is a front stage where we, with a clear intention, control and define what to share and with whom. It expresses a "realisation of the interpersonal self that individuals through "impression management" activity generate and present and that others expect".

The key is that virtual identities are always actively constructed and modified by individuals. In terms of social currency, perhaps the most important asset and form of capital in our era, even the simplest and smallest of our actions in social networks are meaningful. Our virtual identity and social capital are not only consisting of what we post or update, but also of who we are connected to and what we like. As Solis has put it, when combined, both our actions and relationships create a foundation for social capital.

A recent Pew Research about reputation management and social media found that in terms of representing one's indentity in social media, many young adults report having made mistakes that they regret. For instance, 56% of social networking users have “unfriended” contacts in their network and 52% have kept some people from seeing certain updates.

As consumers, we are telling the world who we are via the brands we love, like and engage with. Our values, aspirations and dreams are manifested by what we choose to wear, eat, drive, buy - or just simply "like" on Facebook, as part of building our virtual identity and social currency. We are living in the middle of a rapidly changing brandscape and increasingly see communities dominating brands. In the context of social media, our relationships with brands are also becoming more transparent. Brands come and go, and social media has made this even more public - we can today publicly connect with a brand we just fell in love with and disconnect with another brand that we loved yesterday, telling it not only for the brand but also to our selected network. As a part of our virtual identity, the page listing our "likes" is not just an useful list of shopping places or brands for us, but a representation for our values, preferences, visions and dreams to the rest of the world - a piece of our identity that is always under construction.
Posted by Heidi No comments:

The age of panopticon or a village community?

Year 2010 has already been named the year that privacy died. During the past couple of days, I have read a couple of interesting articles which look at this statement from two different perspectives. I would agree with both - however, the topic is such an interesting and complex one that there are definitely no simple answers to be found.

First, Josh Rose wrote on Mashable about social media bringing back our grandparents' values. He points out that with the usage of tools such as Instagram, Twitter, Facebook, Flickr , blogs etc. we are pretty much going back into an era where previous generations lived, sharing their stories and experiences in a small village community. Everybody was aware of what was happening in other peoples' lives, and caring for others was an essential part of interaction in close-knit communities. Rose mentions how updating his Facebook status made even a local coffee shop owner aware that he was planning for a trip to Las Vegas. "Some may find this intimacy alarming. I found it oddly comforting.", he writes and continues: "I bet this is what it was like for my grandparents, in a time when communities were close-knit; when someone knew if you were going on a trip or noticed if you didn’t show up somewhere." 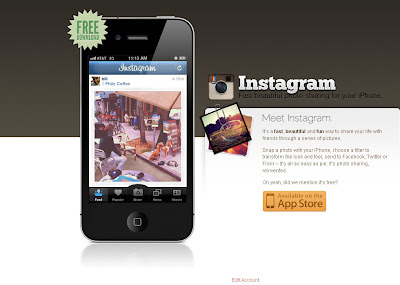 Rose also points out that in-between us and out grandparents, there has been a different generation. According to Rose, the culture of our parents’ generation became somewhat more escapist; focusing more to individualism than sharing. He emphasizes that the explosion of social media has increased transparency between different generations, and also made expression of emotions more accepted.

Andrew Keen takes a different point of view in his article published in March 2011 issue of Wired.
He uses the concept of panopticon, invented by Jeremy Benthan at the dawn of the industrial age, to describe the transparent digital world where we live, share and communicate openly. The idea of Bentham was to create a physical network of small rooms, where there would be nowhere for anyone to hide, to improve the management of social institutions such as prisons. The person observed would constantly be observed, even when he does not notice that.

Keen argues that what makes our digital panopticon different from Bentham's vision is that what we once saw as a prison is now considered a playground; what was considered pain is today viewed as pleasure. The age of the great exhibition is being replaced by the age of great exhibitionism. We are doing all this voluntarily, as social media visionaires put it: we are constantly willing to share more and more of ourselves. 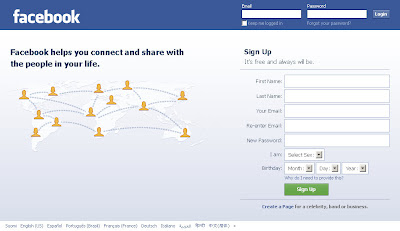 "The result is a panopticon in which privacy is relegated like an historical artefact", Keen writes. "Today's digital social network is a trap. Today's cult of the social, peddled by an unholy alliance of Silicon Valley entrepreneurs and communitarian idealists, is rooted in a misunderstanding of the human condition. The truth is that we aren't naturally social beings. Instead, as Vermeer reminds us in The Woman in Blue, human happiness is really about being left alone."

It is easy to agree with both of these contradictory viewpoints. Yes, we are definitely living in a huge, virtual panopticon. One of the main characteristics of this panopticon is voluntarity: in most cases, users are willingly sharing their experiences, memories, emotions and dreams. As humans, we need understanding and an audience for our existence. We need listeners, readers, comments, reactions, likes, retweets, understanding - we need some response. And in order to get that, most of us have made a conscious choice to give up some privacy, assuming the positives to outweigh negatives. 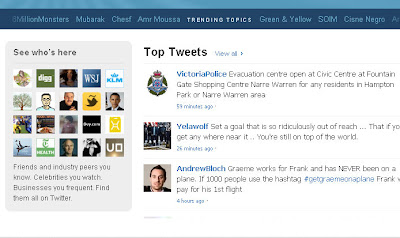 Social media is quickly becoming the most dominant and important source of socio-cultural data in our times. Researchers such as Dan Zarrella have already done a great work to explore e.g. the science of retweets  and to invent a tool called TweetPsych to generate psychological profiles of Twitter users or lists based on the contents of their tweets. By sharing content, we tell the world who we are, and what matters for us. As Brian Solis  puts it, everything we post into social media is building our social currency.

The last sentence of Keen's essay is interesting and thought-provoking. Is it really true that we aren't naturally social beings? Is human happiness really about being left alone? From a sociological point of view, I would dare to question that. The history of mankind shows us that humans really are social animals - we need each others to share, communicate, encourage, engage and take care of others. The challenge of our digital panopticon era is: can we find the balance between transparency and privacy, between sharing and losing? Not easily, I would suppose. There will definitely be many compromises where we need to go the hard way - both as individuals and virtual communities. Still, it is the only way to go.
Posted by Heidi No comments:

Innovations to nourish the planet

Worldwatch Institute's State of the World 2011 report "Innovations that Nourish The Planet" was recently launched in NY. The topic is more crucial than ever in an era where innovations in sustainable agriculture are increasingly needed to feed the world's population.

A couple of important remarks from the report that caught my attention: 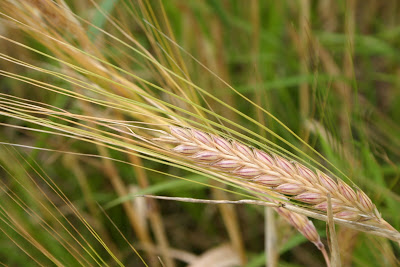 According to the report, ecoagriculture aims to satisfy multiple social, ecological, and economic objectives. This is definitely true and applies to many solutions designed to solve problems related to food production and distribution. The greatest innovations in sustainability are those that are able tackle multiple problems at once: most probably problems that are closely intertwined already, but perhaps even problems that no not have any correlation between them.

FoodCycle from UK is a great innovation benchmark that successfully tackles problems such as youth employment, wasted food and poverty at once, they empower local communities to set up groups of volunteers to collect surplus produce locally and prepare nutritious meals in unused professional kitchen spaces. These delicious meals are then served to those in need in the community.

There is a plenty of room for groundbreaking innovations regarding both local and global production and distribution of food. As the Worldwatch report puts it, the solution lies in making better use of the food that is already produced, which, as Foodcycle example shows us, could at the same time tackle other social problems such as unemployment.
Posted by Heidi No comments: