The Flow of Information and Context Specific Needs

A couple of weeks ago Mothering, a leading-edge natural parenting magazine for 35 years, announced a stratetegic decision to cease publishing of both print and digital versions of the magazine. While the three years' steep decline in magazine subscriptions, advertising sales, and loss of print advertisers play a key role behind the decision, there are also other aspects indicating a significant shift in ways how we access content traditionally consumed via print media.

MotheringDotCom web community has grown from 1,000 members in 2001 to 160,000 members today and has been ranked by Big Boards as the most active community for parents.  Mothering also has a strong social-media community, with 35,000 Facebook fans and 75,000 followers on Twitter. When print magazine subscribers were asked why they did not renew, 35 percent said they are too busy to read.

Peggy O'Mara, editor-in-chiel of Mothering, summarized the main reasons for this transition into social media in her editorial "How we Become a Web Company": 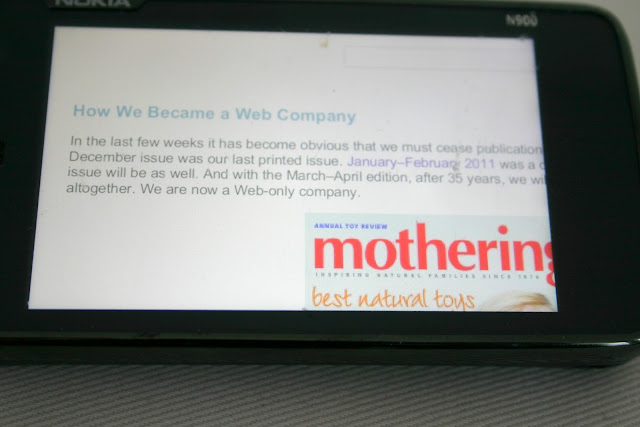 At the same time, MG Siegler wrote on TechCrunch how there is no role for the newspaper any more. When people wake up in the morning and open the paper, they got information that is so old that it is now totally inaccurate. The hectic flood of information absorbed via social media is constantly keeping us in synch with what is currently happening in the world - and as the case of Egypt, for instance, has shown, the print newspapers were the last ones to write about what was already known.

New York Times reported about the death of blogs a couple of weeks ago. The article was based on recent Pew Internet study which pointed out that youth is increasingly preferring Facebook and Twitter to traditional blogs. The study found out that from 2006 to 2009, blogging among children ages 12 to 17 fell by half; now 14 percent of children those ages who use the Internet have blogs. Among 18-to-33-year-olds, blogging dropped two percentage points in 2010 from two years earlier. According to the study, former bloggers said they were too busy to write lengthy posts and were uninspired by a lack of readers. Others said they had no interest in creating a blog because social networking did a good enough job keeping them in touch with friends and family.

Mark Evans takes a different point of view in his essay published in The Globe and Mail.  He points out that the Pew report downplays the fact that older people are becoming more engaged: blogging by all online adults over the age of 18 climbed to 14 per cent in 2010 from 11 per cent in late 2008. Evans mentions that blogs are still a valuable part of the social media landscape, offering companies - especially startups - the ability to establish domain expertise and thought leadership. He emphasizes that a blog works as effective communication, marketing and sales medium as the content created can be repurposed marketing purposes or leveraged to provide content to social media. 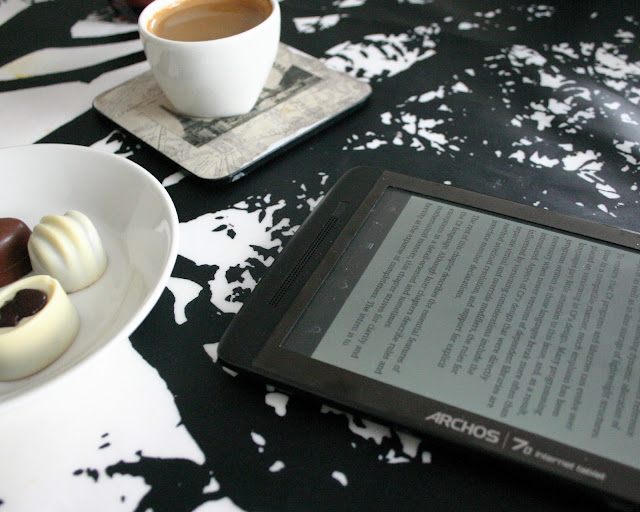 The flow of content and information we consume is distributed via many different channels. The majority of users seem to use many multiple channels at the same time: accessing an interesting blog post or newspaper article via tweet, retweet or a link shared by a friend or colleague via Facebook or Linkedin, and perhaps retweeting or sharing it to one's followers or connections as well. Insted of just consuming the content, we are increasingly becoming the curators, broadcasters, commentors and conversationalists, as described by the Behaviorgraphics model by Brian Solis.

In addition to Behaviorgraphics, also the other behavioral segmentation models I have seen on online behaviour and social media usage patterns are clearly showing that users are a fairly diverse group with different needs and preferences. However, the most important point is that the categories or segments are never mutually exclusive. In addition to the context, also the devices and tools available define our online behaviour. The tools that are optimized for content consumption, are not necessarily enough for production. During the day, users have different occasions with different intentions and needs to receive, share and produce content, and also the availability of tools may vary.

While it seems obvious that different channels to receive, share and leverage content are still needed and blogs are not dead yet, the point mentioned by Peggy O'Mara is today's reality: the print business is being replaced by information business. In terms of adoption curve, however, even the late majority is not there yet. The cancelling of Mothering, for instance, has provoken a lot of anger and disappointment amongst subscribers who miss the look and feel of high-quality, tangible print magazine received monthly. In the comments following the announcement, many readers complain about not wanting to spend more time online and getting headache when trying to read from the screen.

Are these readers just technology laggards who need to change their attitudes and behaviour patterns? Or can we already identify that there is a need for multiple devices, platforms and forms of media - even when talking about leading edge users? The print magazine still may have its place in our lives - a specific context, occasion, or a moment of time. However, despite of this, the industry has already changed and will continue to change radically. The main challenge during this transition is to bridge the gap between old and new usage patterns. Engaging and encouraging readers in a gentle way to make the mental shift is key - one example of this could be facilitating the transition from emotional attachments to tangible objects towards the creation of emotional attachments to digital objects.
Posted by Heidi 1 comment: